A dessert wine is a wine that has a high sweetness so that it can pair with a sweet dessert. For the perfect pairing, the food should not be sweeter than the wine it’s served with. Learn more about dessert wines and how to pair them with desserts. 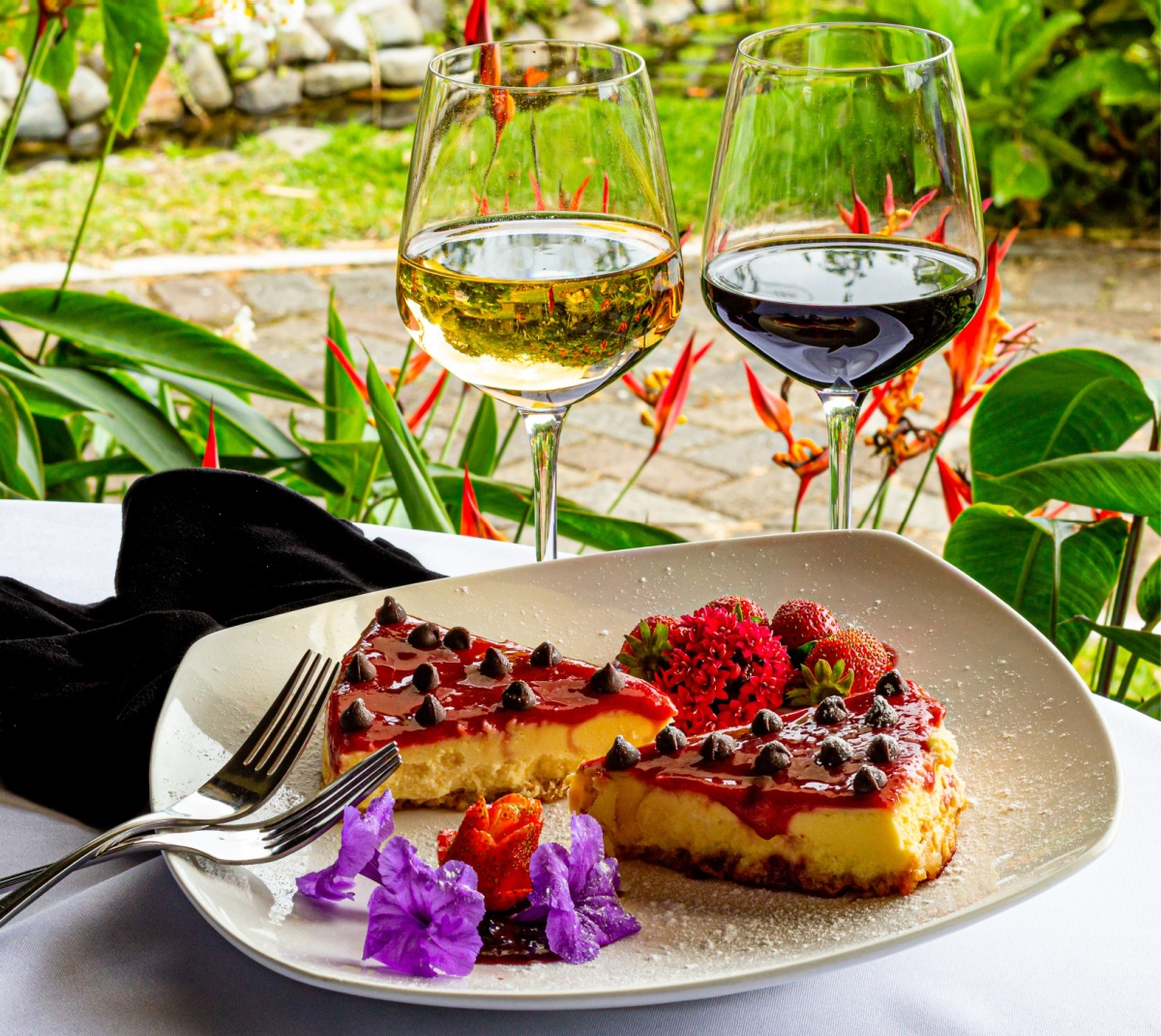 For many, choosing a wine to accompany the dessert course or act as dessert itself can be a daunting task. There are many different types of dessert wines, drinks to serve with dessert and wines and liquors that act as a dessert by themselves.  It may seem easier to let your guests continue sipping the vintage that accompanied dinner than to match up yet another course with a suitable beverage, particularly if the host is not a wine connoisseur.

However, with a little effort and some basic knowledge, a meal can be made that much better by choosing an appropriate dessert wine. The right vintage adds to the meal immensely and should not be ignored out of fear or lack of knowledge.

As a general rule, dessert wines and fortified wines are sweet. There are some that can be dry, and it is important to read the label when choosing a bottle. Ideally, the wine is sweeter than the dessert course. But, piling sweetness upon sweetness can be overwhelming to the palate and defeat the purpose of offering a dessert vintage to accompany the course, so balance is essential.

Some dessert wines are suitable as a dessert course by themselves with no food accompaniment, while others will reflect best when paired with certain types of dessert. Attention should be paid to additives and flavors of the particular vintage you select. Common tasting notes include honey, almond, peach, and citrus flavors.

There are several different methods used to produce dessert and fortified wines. The best known is the Botrytis, or “noble rot.” The grapes are left on the vine until they begin to rot, developing a fungus called Botrytis. The process decreases the grapes´ water content, leaving the sugars behind in the grape. 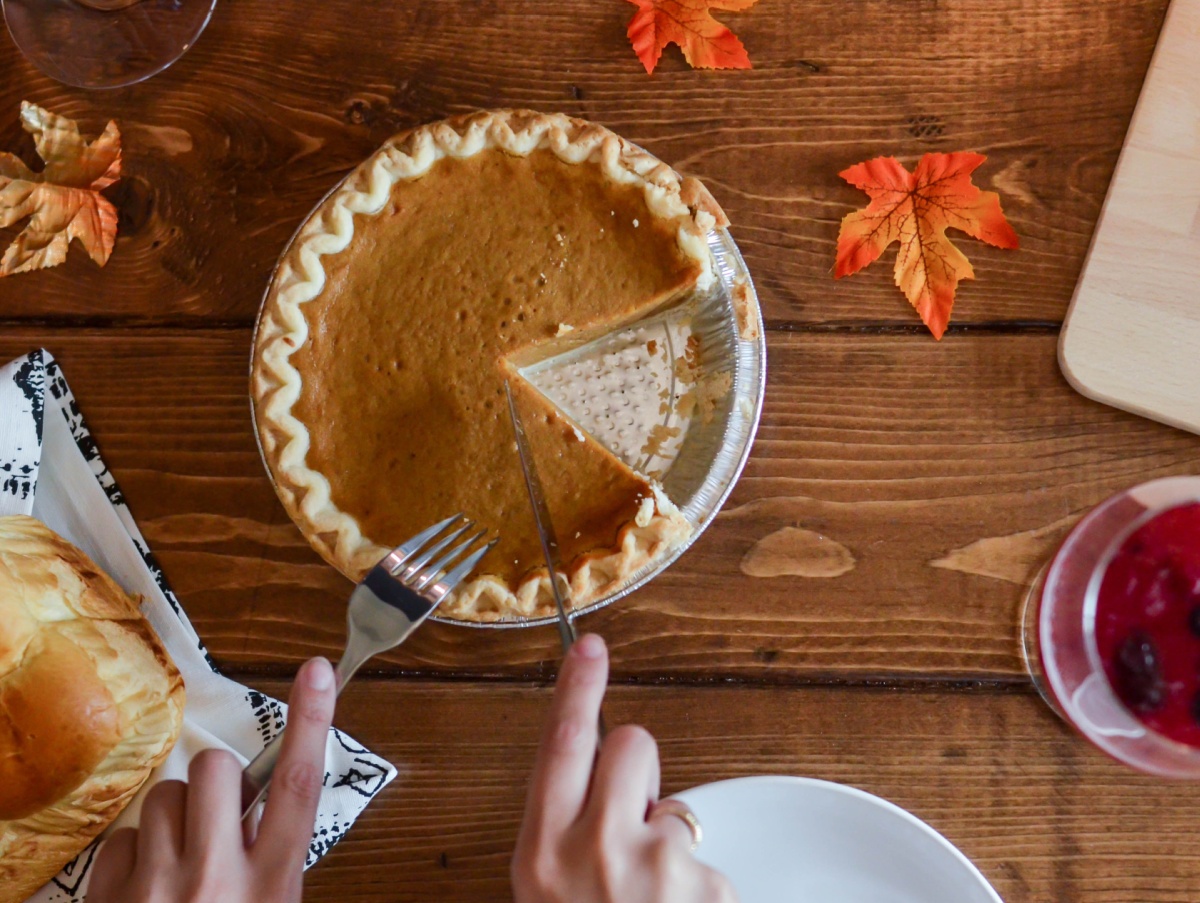 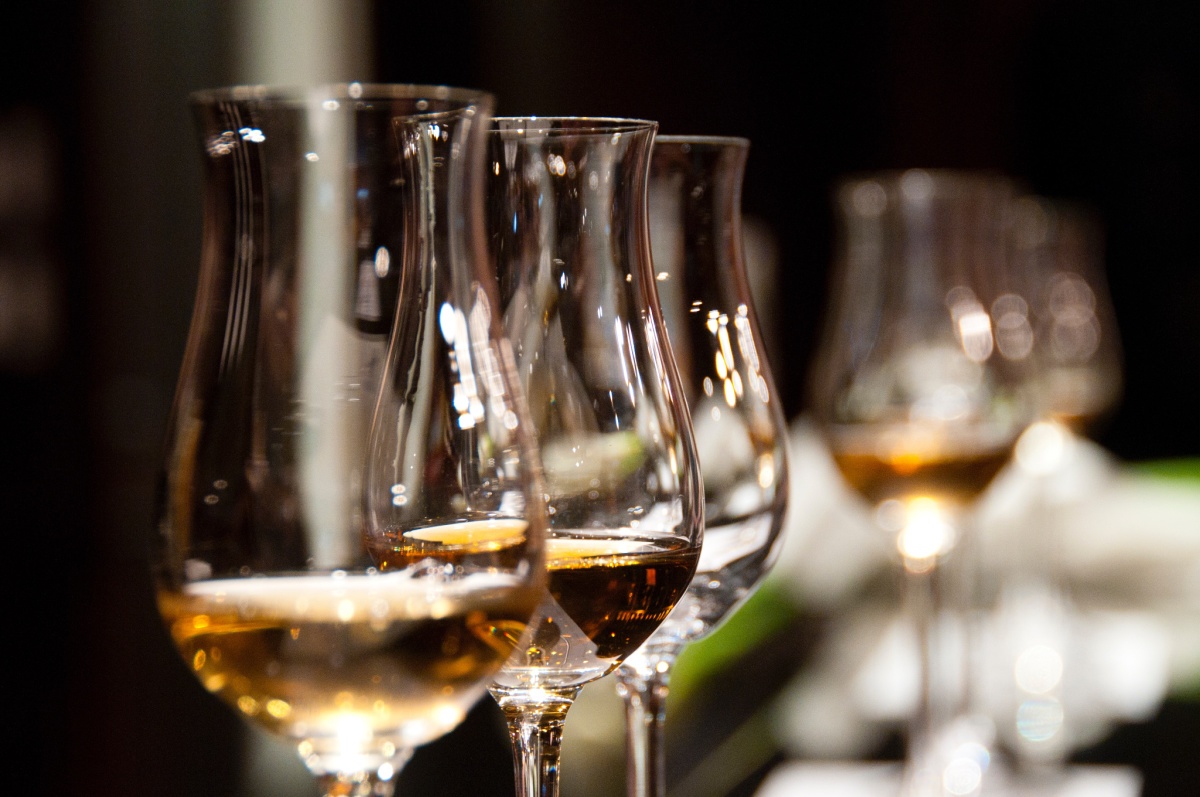 Ice wines are made by allowing the grape to actually freeze on the vine before being harvested. The water evaporates during the freezing process, leaving the sugar behind in the grape. Most ice wines are produced in countries known for their cold-weather such as Canada. They are often very delicate tasting with notes of honeysuckle, orange blossom, honey, and dried stone fruits such as the peach. They do best when served with light ice creams, sponge cakes, and fruit-based desserts.  A few of my favorite Northern Michigan wineries produce Ice Wine, such as Verterra, Chateau Chantal, and 45 North.

Vin doux naturel (VDN)s come in red and white wines. They are achieved by stopping the fermentation process before all the sugars have been converted to alcohol. The popular Muscat wines belong to this family. Generally, they are suited to fruit-based desserts such as flans and tarts. The red VDNs are usually derived from Grenache grapes and include the Banyuls and Maury. These are heavier and richer than their white counterparts and pair nicely with chocolate and mocha-flavored desserts. 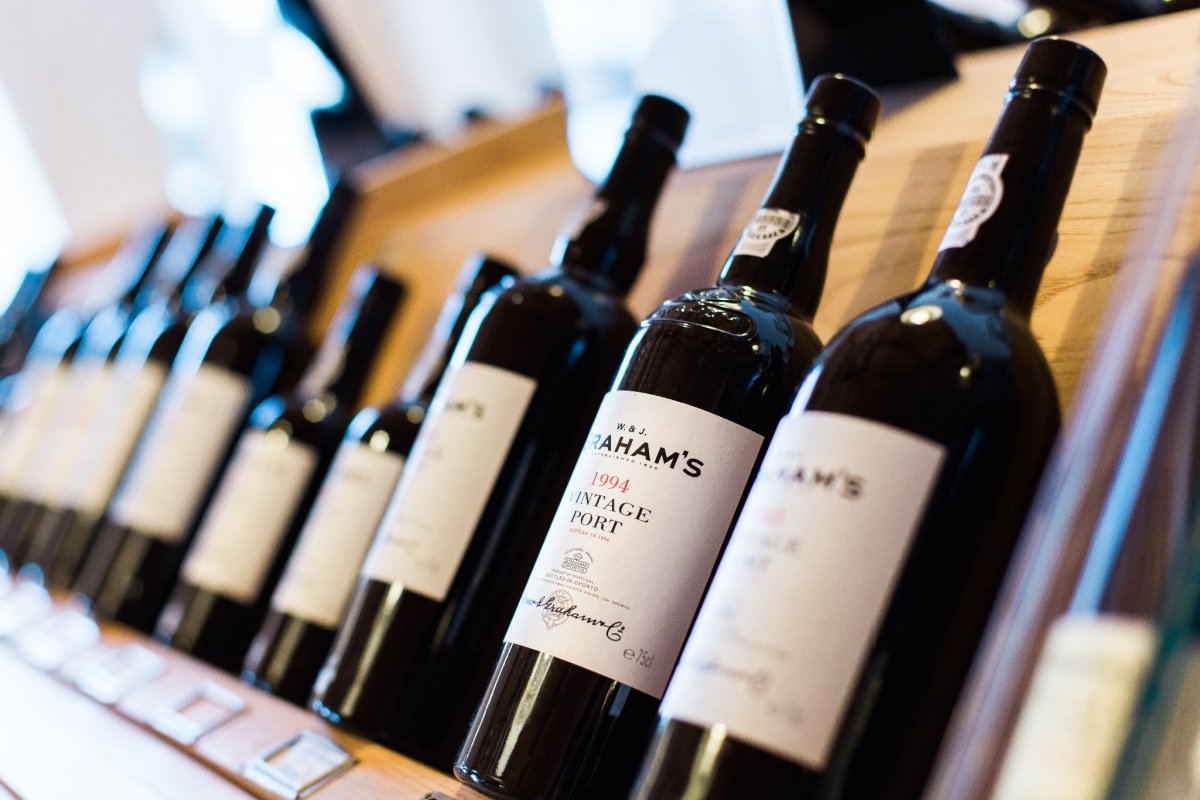 Fortified wines are usually considered dessert wines as well, although they are also used for aperitifs and as a dessert unto themselves. A fortified wine is one that has had another type of alcohol, such as brandy, added to it at some point before aging. It can be added before fermentation is complete (port) or after it has been completed (sherry).

They tend to be stronger and sweeter than many other dessert wines. Sherry can be dry, and it is important to check the label when purchasing one to make sure it is suitable for the purpose at hand. Because of the variation when fermentation is stopped, there is a wide variety of different ports. They are usually separated by color , which ranges from tawny to ruby. The darker the port is in color, the heavy and sweeter the taste. Tawny ports do well with crème brulees, milk chocolate, apple cobblers, and spicier desserts such as pumpkin pie. Ruby ports stand up well to chocolate mousses, dark chocolate, and heavy cakes like Black Forest cake.  A few of my favorite Northern Michigan wineries produce beautiful cherry ports, such as; Leelanau Cellars, Chateau Chantal, and 45 North.  In fact, Leelanau Cellars sells a variety of dessert wines.

Madeira is a Portuguese sweet wine that is made by using extreme heat to speed up the fermentation process.  It is often very heavy and matches well with the richest of chocolate desserts. 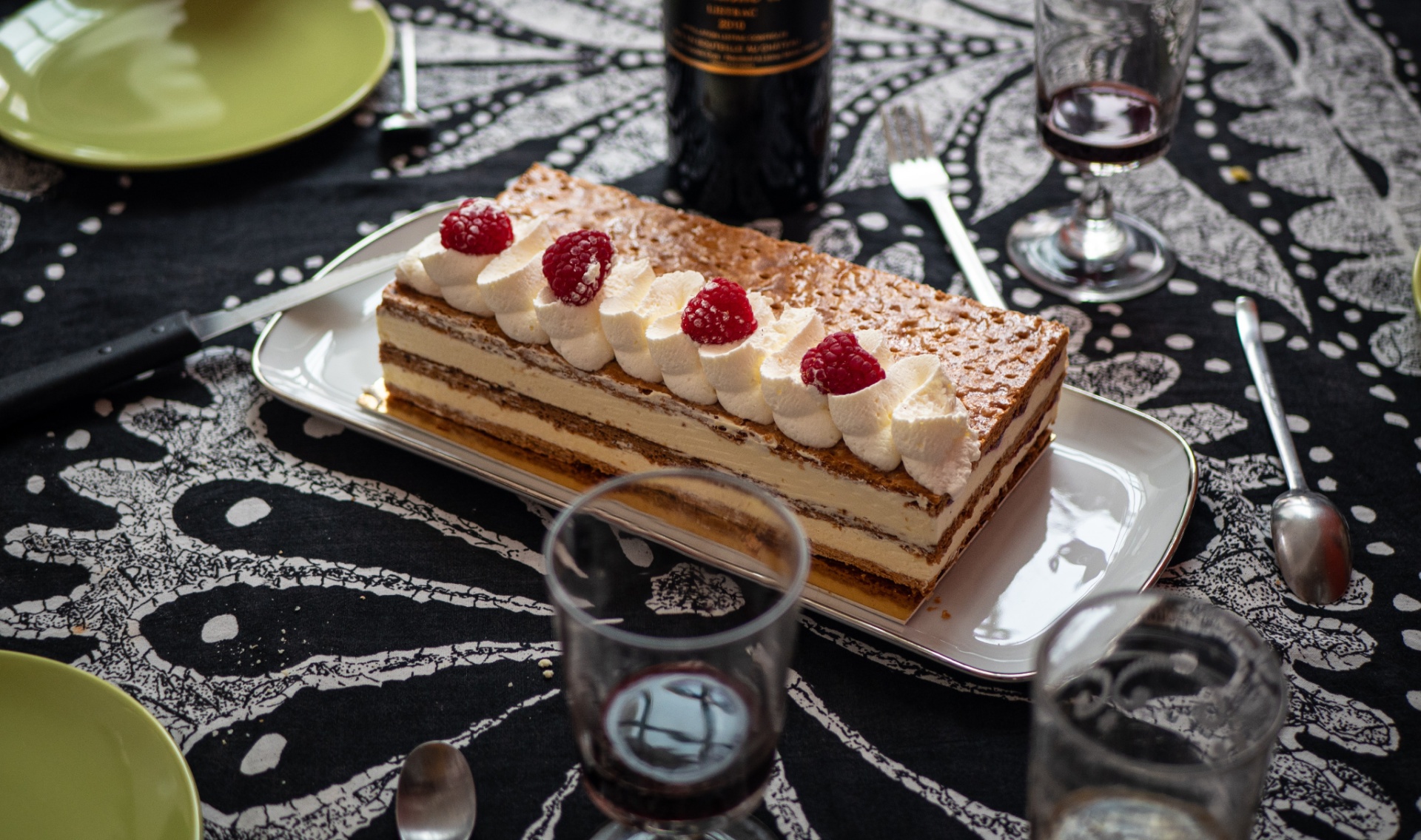 If in doubt, consult the staff at a store specializing in wines. They should be able to point you towards a vintage that will complement the dessert you plan to serve. Many vineyards are experimenting with late harvest wines and producing dessert wines that fall outside the traditional spectrum. Do not be afraid to try new vintages once you are more comfortable with the choices out there. If you can make it, there’s a wine to match it. 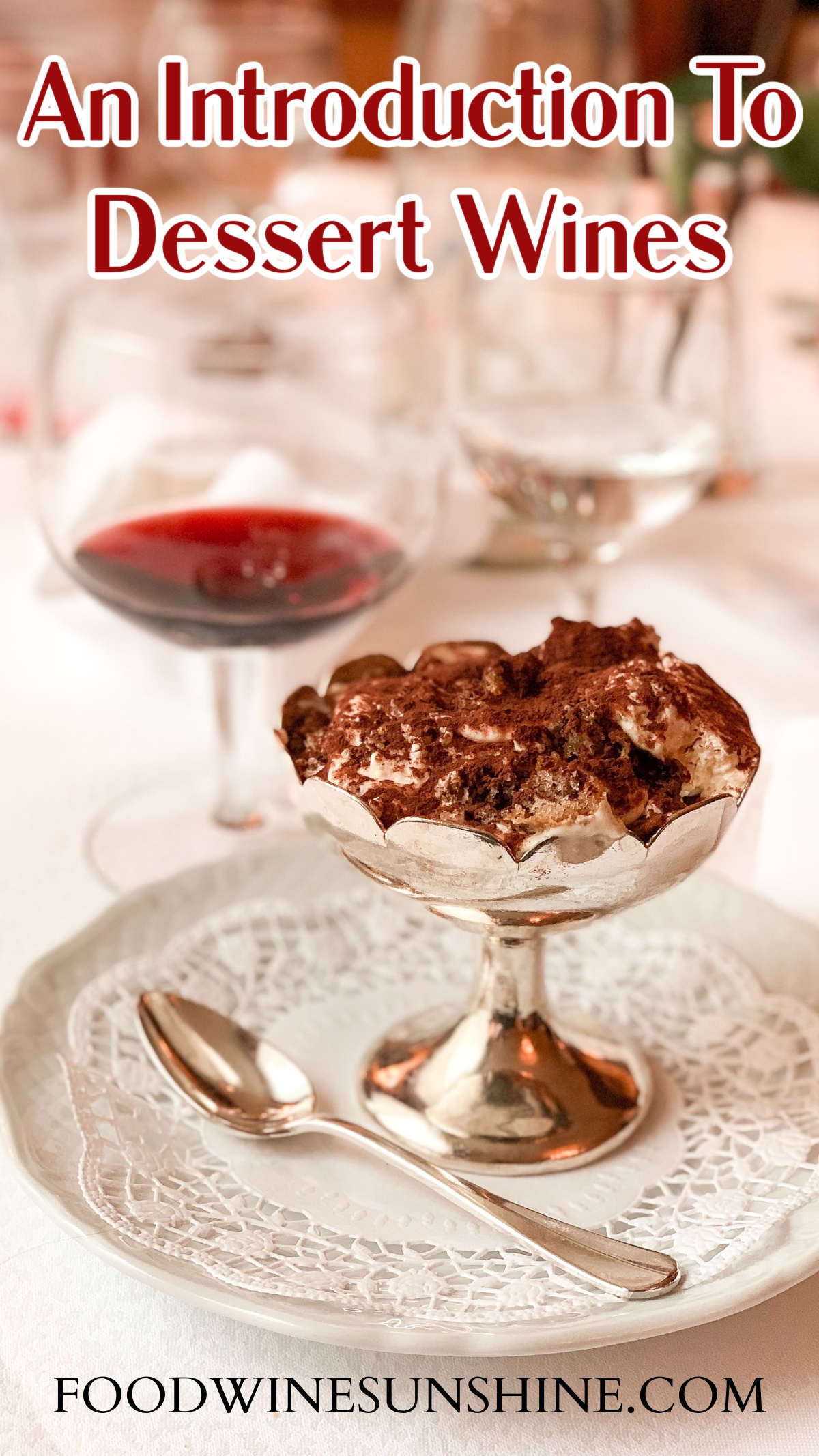