Holiday Traditions from Around the World

Have you ever wondered what it was like to celebrate the holidays in another country? Many holiday traditions are similar but not exactly the same as ours, enjoy these Holiday Traditions from Around the World. 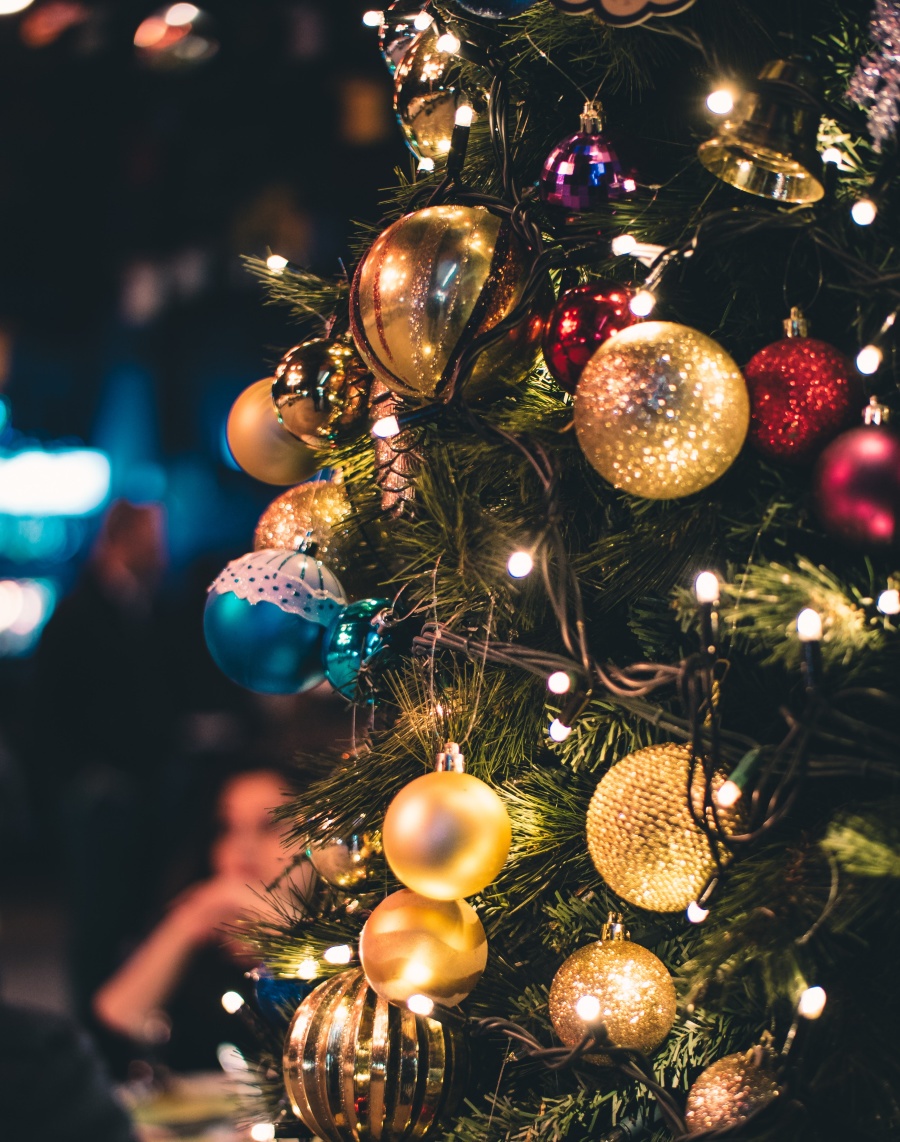 Holiday Traditions from Around the World

The holiday season is about to begin! For people all over the world, the winter holidays remind us of great food, family, and our favorite holiday traditions. Every winter holiday is filled with nostalgic traditions that bring us together, but some are specific to certain regions of the world. Every culture has their own take on these beloved holidays, but many people are only familiar with their own country and culture’s ways of celebrating.

Let’s take a (virtual) trip around the world to learn about holiday traditions from outside of the United States and Canada. If you have any roots to the countries in this post, incorporate these traditions into your festivities this year!

The song, Auld Lang Syne is traditionally sung on New Year’s Eve in Scotland, as well as in other English-speaking countries. During the Scottish end-of-the-year celebration of Hogmanay, party-goers join hands and sings the tune to reflect on the importance of nostalgia and old friends. While you’re most likely to hear the song on New Year’s Eve in Scotland and England, it’s also played at weddings and graduations.

Another important Hogmanay tradition is “first-footing.” A person at a Scottish Hogmanay party is chosen to take the first steps into the host’s home – typically, a tall, dark-haired man. The first person to enter a host’s home at the start of a new year is considered to be bringing good luck into the household. Although the first-footer can be the party’s host, they must be outside at the stroke of midnight – walking outside and then back in doesn’t count as first-footing! 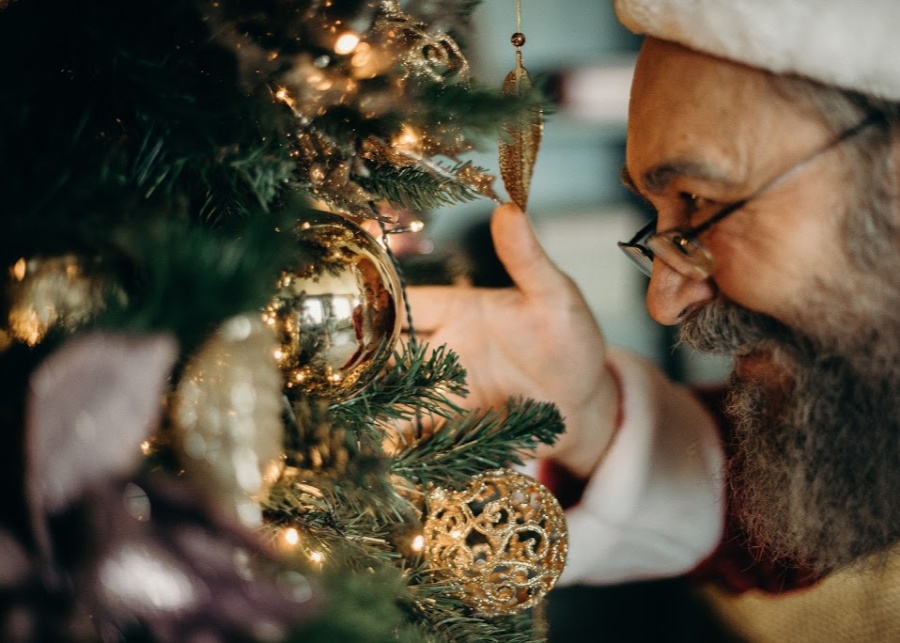 Sankt Nikolaus and Krampus in Germany

In Germany, Saint Nicholas is seen as even more important than Santa Claus! On Sankt Nikolaus Tag (Saint Nicholas Day), children clean and polish boots before placing them outside. In the morning, they’ll find small gifts and candies in their boots. German schools and Christmas markets also acknowledge the holiday, which falls on December 6th.

Unfortunately for the naughty kids in Germany, Sankt Nikolaus has a mean sidekick: Krampus the Christmas demon. On Krampus Nacht (the night before Sankt Nikolaus Tag), parents would invite men dressed as Krampus into their homes to teach their misbehaved children a lesson. Nowadays, intoxicated men dressed up as Krampus simply chase unsuspecting people during an event known as Krampuslauf. The first week of December gets kids and adults into the Christmas spirit! 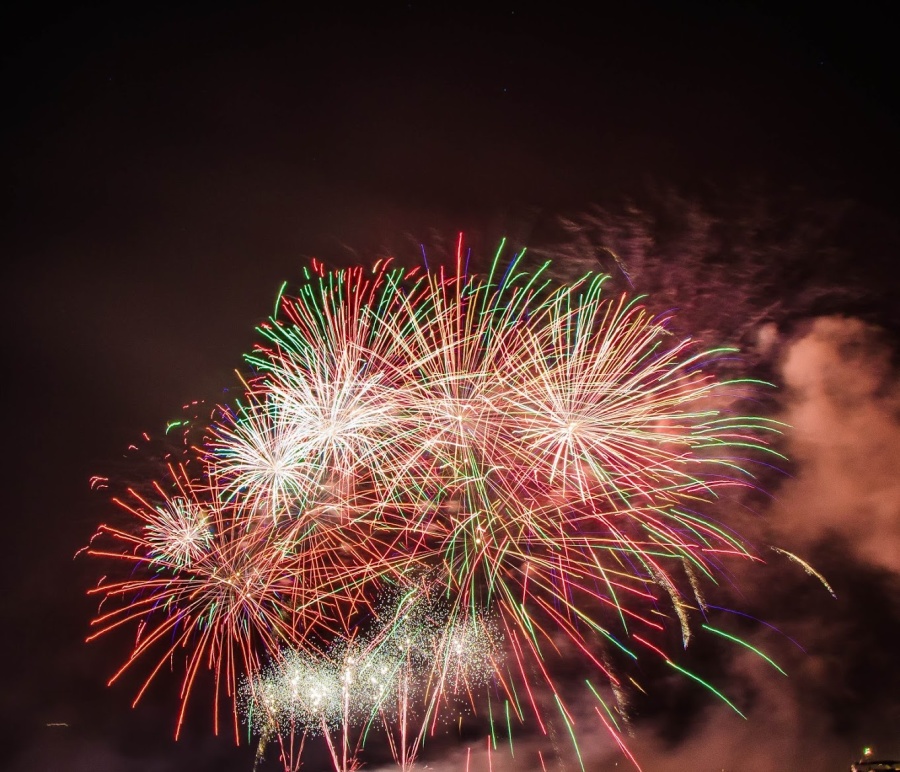 December 16th marks the first day of Las Posadas, the 9-day Christmas celebration in Mexico. The ninth night is Christmas Eve, which is then followed by a midnight mass. The first 8 nights include pinatas filled with small gifts and candy for children. In some parts of Mexico, two children lead parades with family and neighbors as they go door-to-door seeking shelter. After singing and asking neighbors for a place to stay, a homeowner will agree to host the parade. As a token of gratitude, the children place figurines of Mary and Joseph in the host’s nativity scene, and everyone enjoys a feast at the host’s house.

A typical midnight mass in Mexico includes fireworks and church bells, and kids can expect Santa to leave them gifts at this time. It’s truly a celebration! 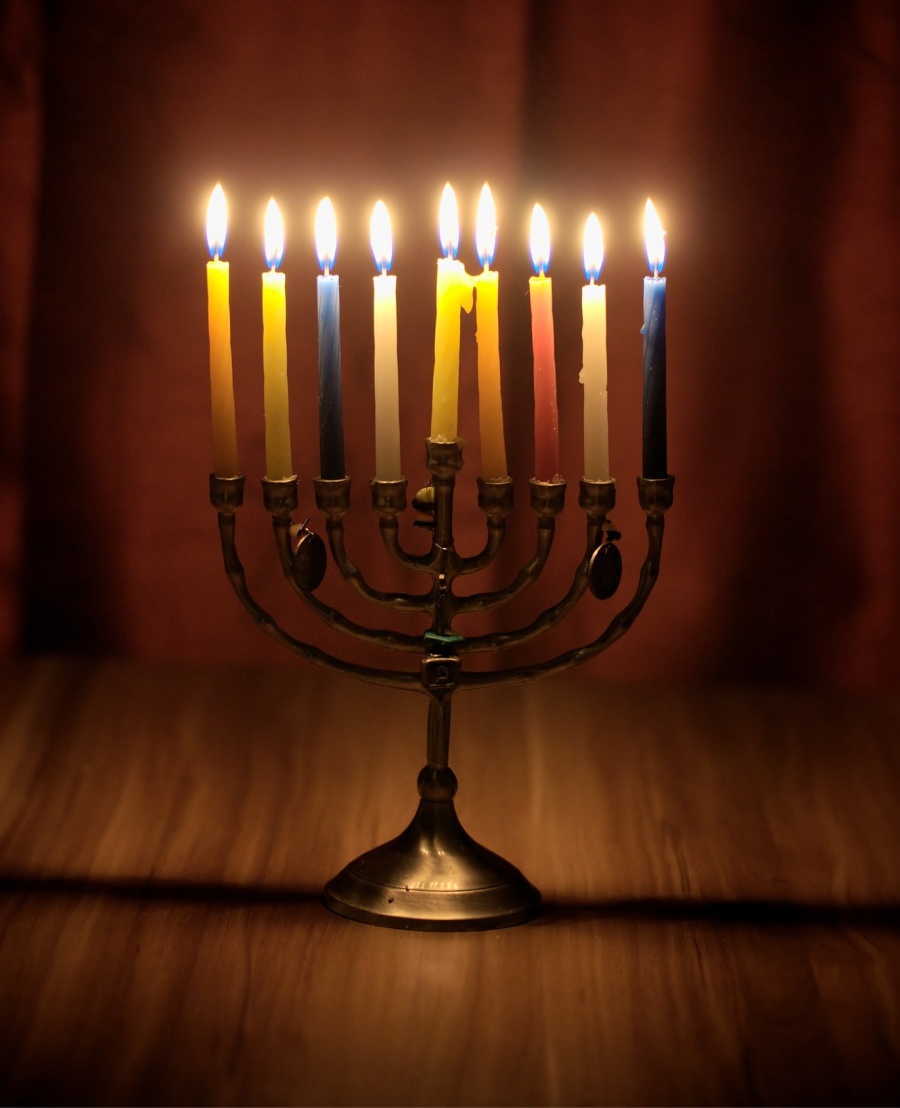 Hanukkah is the Jewish festival of lights. The 8-night-long celebration includes candle lightings, greasy food, and sometimes gift giving. Contrary to popular belief, Hanukkah is not the Jewish version of Christmas. In fact, it’s actually considered a minor holiday! This holiday is celebrated worldwide, including in countries where Jewish populations are still oppressed.

While Judaism is most commonly associated with Israel, Jewish holidays are celebrated all over the world. Turkey acted as a sanctuary country for Sephardic Jews fleeing oppression in Spain. To honor their Spanish origin, Sephardic Jews in Istanbul sing a traditional song called Ocho Kandelikas. The song is sung in the Ladino (Judeo-Spanish) dialect commonly used by Sephardic Jews. Greasy food is still a Hanukkah staple in Turkey, but some fried foods are given a Spanish twist.

Kenya’s climate doesn’t allow for snow on Christmas, so storeowners in Kenyan cities will place fake snow outside. Similarly, Santa can’t arrive by reindeer – after all, those are cold weather animals. Instead, Santa visits Kenya using other means of transportation, whether it be a camel, bike, or even a Land Rover. Kenyans don’t let their climate stop them from celebrating this winter holiday!

There will typically be a large Christmas meal, called the nyama choma. At this meal, people bring homemade bear, tribe-specific dishes, and barbequed meats. After the midnight mass, Kenyans spend the night caroling and partying. There’s oftentimes a morning Christmas service for those who couldn’t attend the midnight one, but you’re likely to be sleeping in after being up all night! 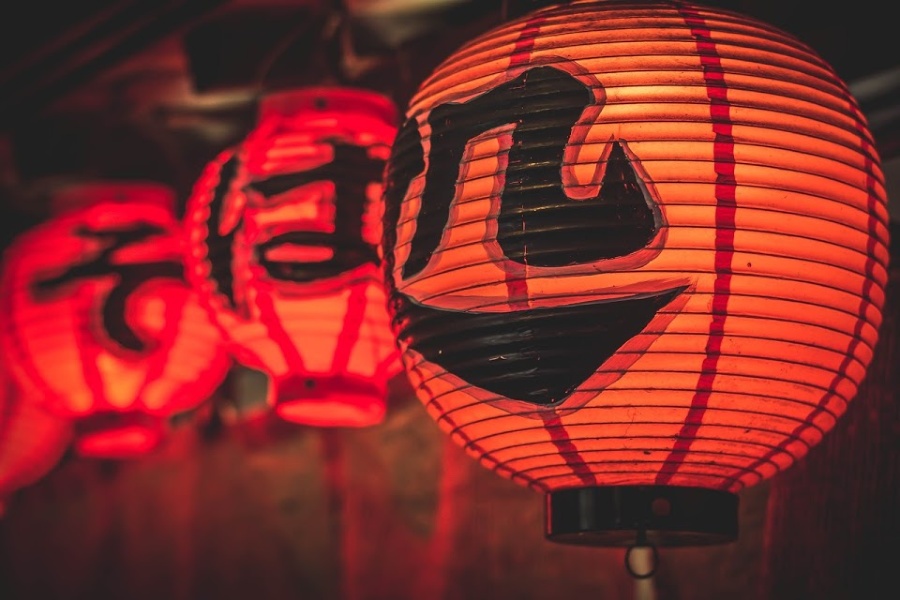 This Japanese New Year celebration is the country’s most important holiday. Since each new year is considered a fresh start from the previous, all important tasks are handled before January 1st. Throughout December, people attend bonenkai parties to forget about the year that’s coming to an end. Between January 1st and 3rd, millions of people visit shrines and temples, like the Meiji Shrine in Tokyo. Most importantly, shogatsu is meant to be a stress-free holiday. This means many businesses in Japan aren’t open for these few days.

Although some shogatsu traditions are becoming less popular, people still send out New Year’s cards to loved ones. They’re postmarked to be delivered on January 1st, and some people send out dozens of cards!

On January 6th, you can find street parades in France to celebrate the arrival of the Three Kings. Bakeries in Paris (and the rest of France) typically sell flat, round pastries with a gold crown on top to represent the kings.  The Epiphany is a day that people regardless of religion look forward to every year in France, since these pastries are delicious.

There are also quite a few French proverbs associated with Epiphany, many of which talk about the importance of snow during the holiday. In English, you may hear “Snow at Epiphany, the barns will be full” or “If the weather is clear on the night of Epiphany, the stream will be dry in summer.” It’s even more important to have a white Epiphany than it is for Americans to have a white Christmas!

The day after Christmas is seen as an extension to the holiday in England. People typically take the day off from work, or they’re not required to come in. If Boxing Day falls on a weekend, the labor force doesn’t miss out on the day off – that Monday is then considered a public holiday, too!

Like the day after Thanksgiving in the United States, Boxing Day involves spending time with your family and some shopping. People also play sports on December 26th, like football and rugby. It’s a fun holiday for everyone, even those who don’t celebrate Christmas!

No matter where you look, holiday traditions around the world have one thing in common: they bring people together. From religious services to parties to meals, every country finds a way to gather around loved ones for the winter holidays. Despite each country’s differences in food, activities, and the holidays that get celebrated, our Decembers and Januarys look more alike than we may have previously thought.

If you don’t have the budget to travel the world, but still want to experience holiday traditions from around the world, head to Walt Disney World here in Orlando Florida!  Experience the magic of Christmas at Disney. 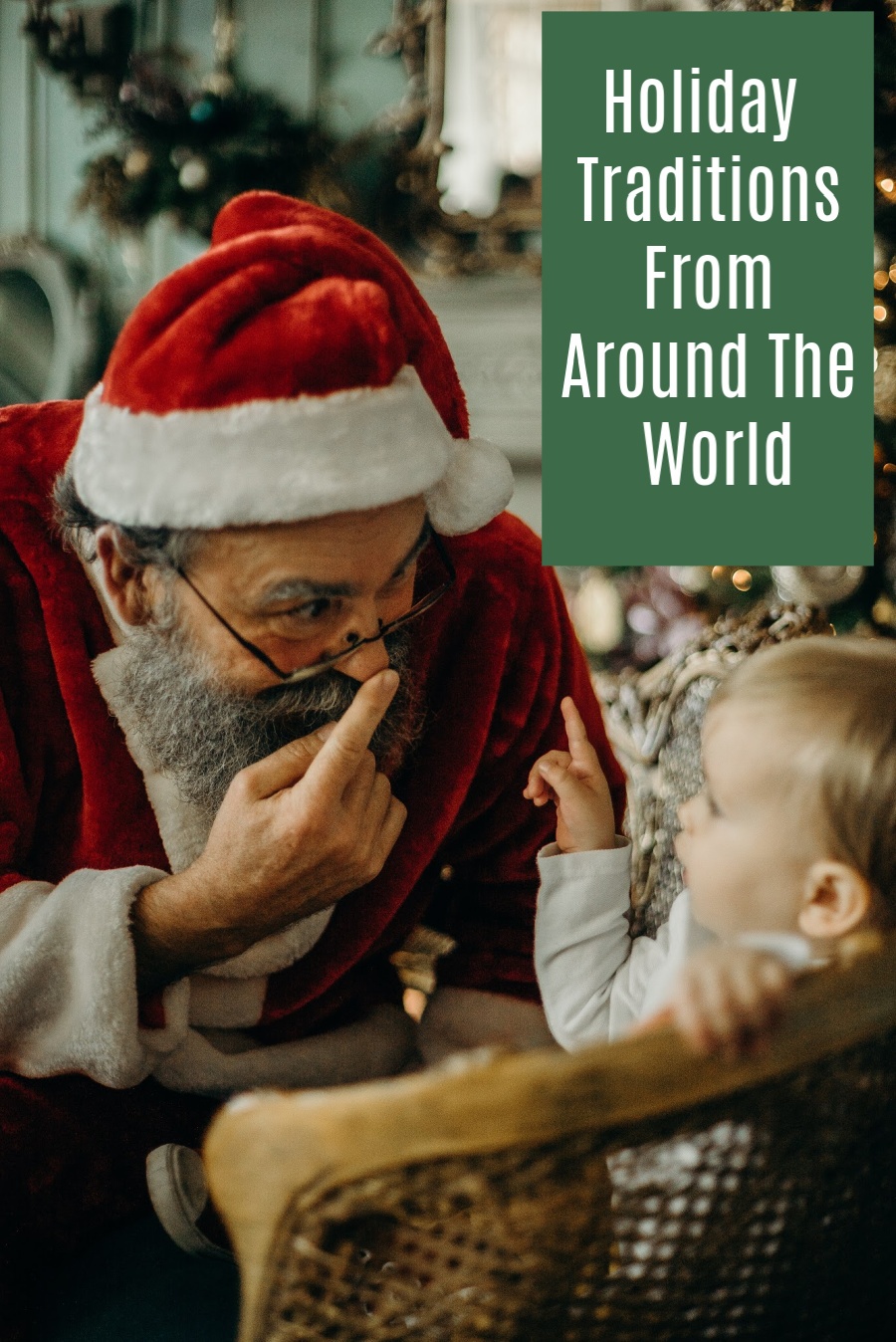 Have you ever celebrated the holidays in another part of the world?

If you aren’t able to travel the world to experience the different holidays traditions, Epcot here in Florida celebrates the holiday traditions from around the world.  The cost to celebrate is just the price of your admission ticket and travel to Walt Disney World.  Which is a tad cheaper than flying all over the world 😉 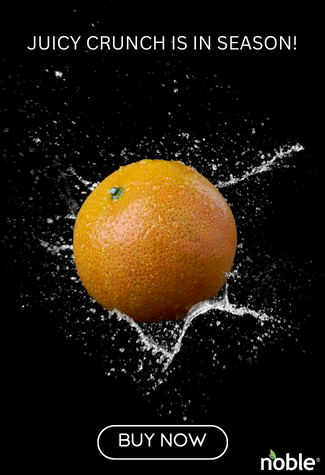