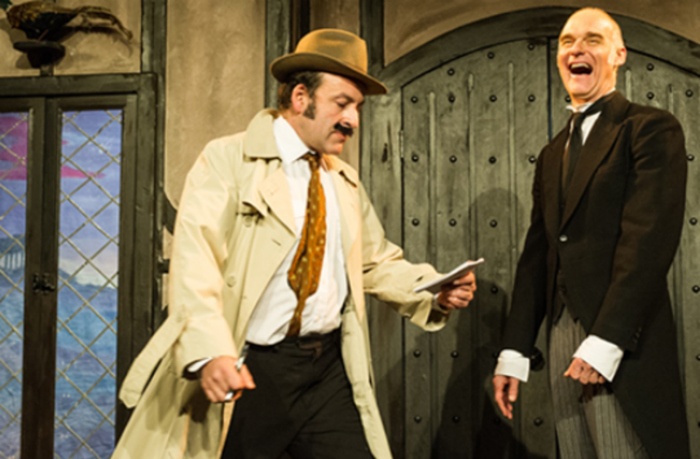 Within the first 15 minutes of the performance Spymonkey’s Hysteria at the Jaeb Theater at the Straz Center for Performing Arts here in Tampa, I was looking at my husband thinking “What the f*ck are we watching?” Oh, and that’s not a bad thing. In fact, we both absolutely loved the show. If you get offended easily, this may be a good place for you to stop reading. Don’t leave the whole blog though, check out the Top Date Night Restaurants in Tampa or Best Things To Do With Kids in Tampa. And if you do get offended easily, I also strongly encourage you to not see this performance, because you will hear the F word more than once. Probably more than 10 times. But we are all adults here, so I am really just preparing you.  I thought it was hilarious.

Spymonkey’s Hysteria is a British show, this is their first tour here in the US and you can tell it’s British humor. They do and say things that you wouldn’t normally see and that makes it absolutely HILARIOUS. I honestly had tears from laughter running down my face for at least 75% of the show. It was oddly funny, they said and did things that completely caught us off guard and had us thinking “What the f*ck are we watching?”  But we couldn’t turn away!

Spymonkey’s Hysteria is not just hilarious, there is indeed a story line to it, so as you are laughing hysterically at the actors, you will be drawn into a mystery. During the two delightful acts you will ponder the ending, but my guess is that you will be wrong!

Have I mentioned that I thought the show was hilarious yet?  No?  OMG, this show is f*cking hilarious! 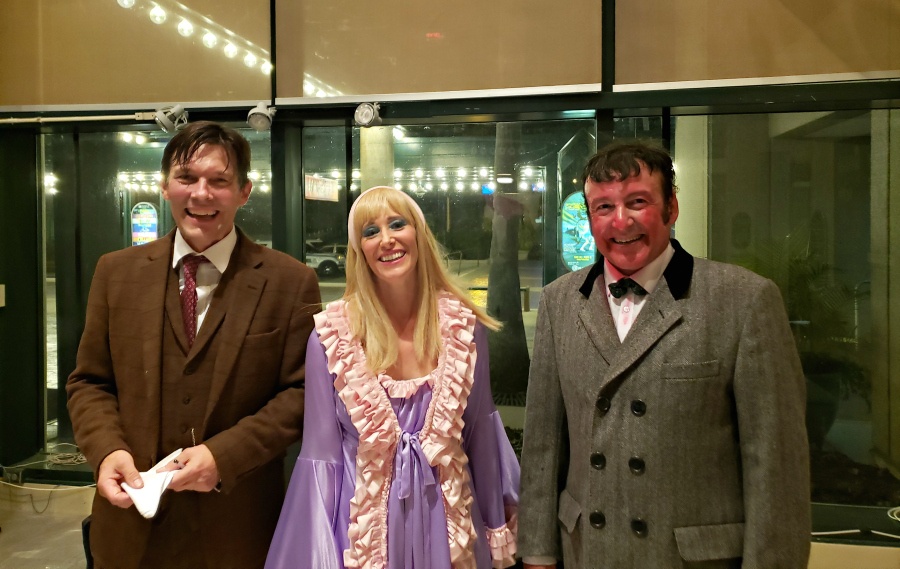 Sometimes you just need a good laugh, sometimes you just need to not think about work and all of life’s happenings and you need to watch crazy (talented) people dance around the stage and witness flying golf balls at really interesting moments. I couldn’t relate to anything happening in the show, I mean, not one. single. thing., but that’s what makes Spymonkey’s Hysteria so damn good! You actually didn’t think about anything else for the whole show…but the show itself! You didn’t think about what was on your phone because you didn’t want to miss what was next, you are 100% entertained. Full disclosure, there is lots of swearing, I wasn’t kidding when I said that earlier, you will hear the F bomb more than once, and honestly the shock of hearing it made me laugh. There is partial nudity, and not a Janet Jackson OOPS nudity, it’s…well, enough to shock you again and make you laugh. In fact, that’s a great description of Spymonkey’s Hysteria…it’s shockingly hilarious.

Spymonkey’s Hysteria Act I is 50 minutes and Act II is 35 minutes, there is a 20 minute intermission, which is good because I needed to catch my breath! So, all in all the show is 105 minutes.

As I mentioned this is Spymonkey’s Hysteria first US Tour, and I can honestly say that my husband and I have been talking about it to friends for days now. We really enjoyed the silly humor and the shocking fun. If you need a good laugh, I strongly recommend catching Spymonkey’s Hysteria while it’s here in Tampa. Seriously, grab your glass (or bottle, no judgement here) of wine or a cocktail and settle in to laugh! It’s like nothing you have seen before. 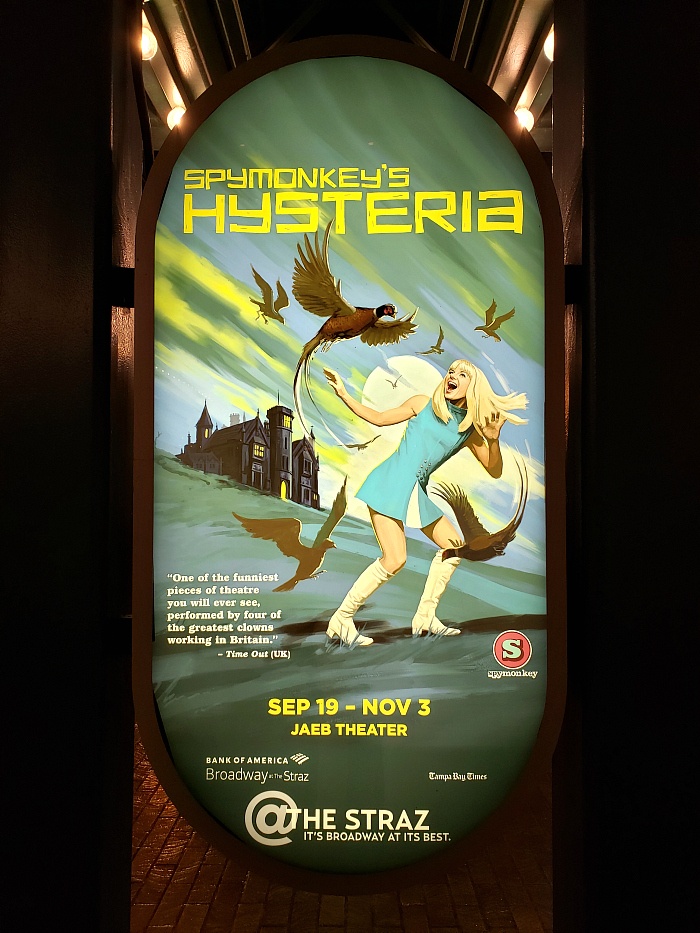 Here is a bit more about Spymonkey’s Hysteria:

Hitchcock’s Rebecca meets The Pink Panther. Spymonkey’s deliciously demented take on the pulp gothic romance overflows with brilliant characters, rip-roaring farce and virtuoso physical comedy. This is the show which made them an international comedy sensation from Just For Laughs Montreal to Sydney Opera House.

A spooky mansion, a plucky young heroine and a handsome English aristocrat. Add a German butler and a Spanish soap star and you’re all set for a night of HYSTERIA with Spymonkey!

Spymonkey’s Hysteria is performing at the Straz Center in the Jaeb Theater now through Nov 03, 2019.

What is one of your favorite shows that you have seen at the Straz Center for Performing Arts? Will you be seeing Spymonkey’s Hysteria?

10Shares
Leave a Comment No Comments
Things to Do