Are you ready to ROCK THE UNIVERSE?  Well, get ready!!  Tickets are now on sale for Florida’s biggest Christian music festival!  Some of today’s hottest Christian artists will rock Universal Studios Florida on Sept. 11 and 12, including Grammy award-winning group and Daytona Beach natives Casting Crowns, four-time Grammy-nominated band Newsboys and rock band Switchfoot, which has sold millions of albums worldwide.

Here is the full Rock The Universe concert lineup: 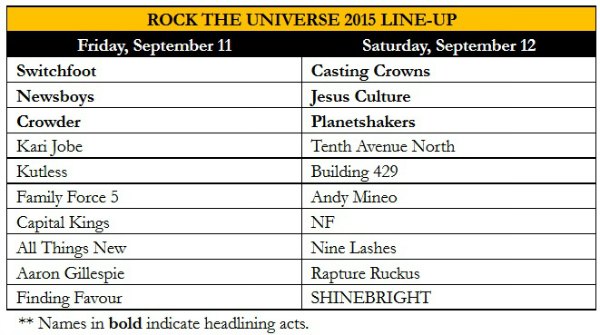 Learn more about Rock the Universe 2015

Her first fish!! She was so excited! This one was

Have you been enjoying the outdoors more lately? I

I hope everyone had a beautiful weekend filled wit

Have you seen the new @stpetepier yet? We have onl

It's Friday. I'm ready for a little fresh air, tha

Did you know that July is National Blueberry month

Bite-sized Deliciousness Baby! Oh how I love a goo